At Fitz Equipment, our inventory is huge and packed with the best National Torque Converters the industry has to offer. We provide new complete units as well as replacement parts. We have the ability to ship the same day or the following day.

The National Torque Converter is a single-stage torque converter that is tailored specifically to ensure higher peak efficiency with minimal moving parts. Fitz specializes in National torque converters of all models: C195, C245, and C300. 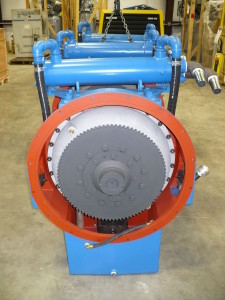 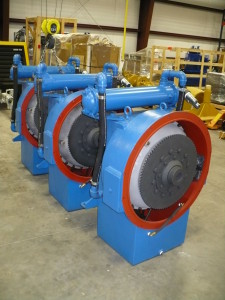 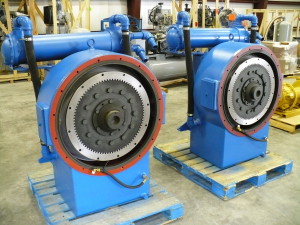 What is a Torque Converter?

A torque converter is a type of fluid coupling that improves operational efficiency by amplifying the output rotational speeds to increase torque. It helps engines achieve the most efficient speed ranges by producing the desired power outputs regardless of load demand by transmitting torque through fluid mass while eliminating the need for mechanical connections, clutching, shifting, or declutching.

Torque converters are made up of three main components:

What are the Different Types of Torque Converters?

Single-stage converters are known for being simple yet reliable machines. In addition, they typically come in stationary and rotating housings, which have different capabilities in integrated applications.

While most single-stage torque converters are ideal for automotive applications, high-torque models can produce exceptional hoisting and lower capabilities, making them suitable for various industrial applications, such as in the oil and gas industry.

Three-phase torque converters typically have three sets of turbine blades and two sets of reactors or stator blades. Their primary function is to increase torque by up to five times the engine output.

The National Torque Converter is a single-stage converter known for its reliability in the most demanding applications. It exhibits maximum load performance, smooth operation, and extended service life. It features robust performance and is specifically designed to ensure higher peak efficiency with minimal moving parts. Through its powerful torque outputs, the National torque converter allows the efficient transmission to accommodate a wide range of performance requirements.

The National brand is owned by the company National Oilwell Varco (now NOV, Inc.). Established in 1962, the Texas-based company is a trusted provider of equipment and components for oil and gas drilling operations, oilfield services, and supply chain integration services to the upstream oil and gas industry. It is a multinational company whose operational footprint and distribution network extends to more than 500 locations spanning six continents.

The company caters to the needs of industrial companies across different business sectors, offering a plethora of equipment and technologies for hydraulic fracture stimulation, solids control, waste management, power generation, and substructures.

How can we help?